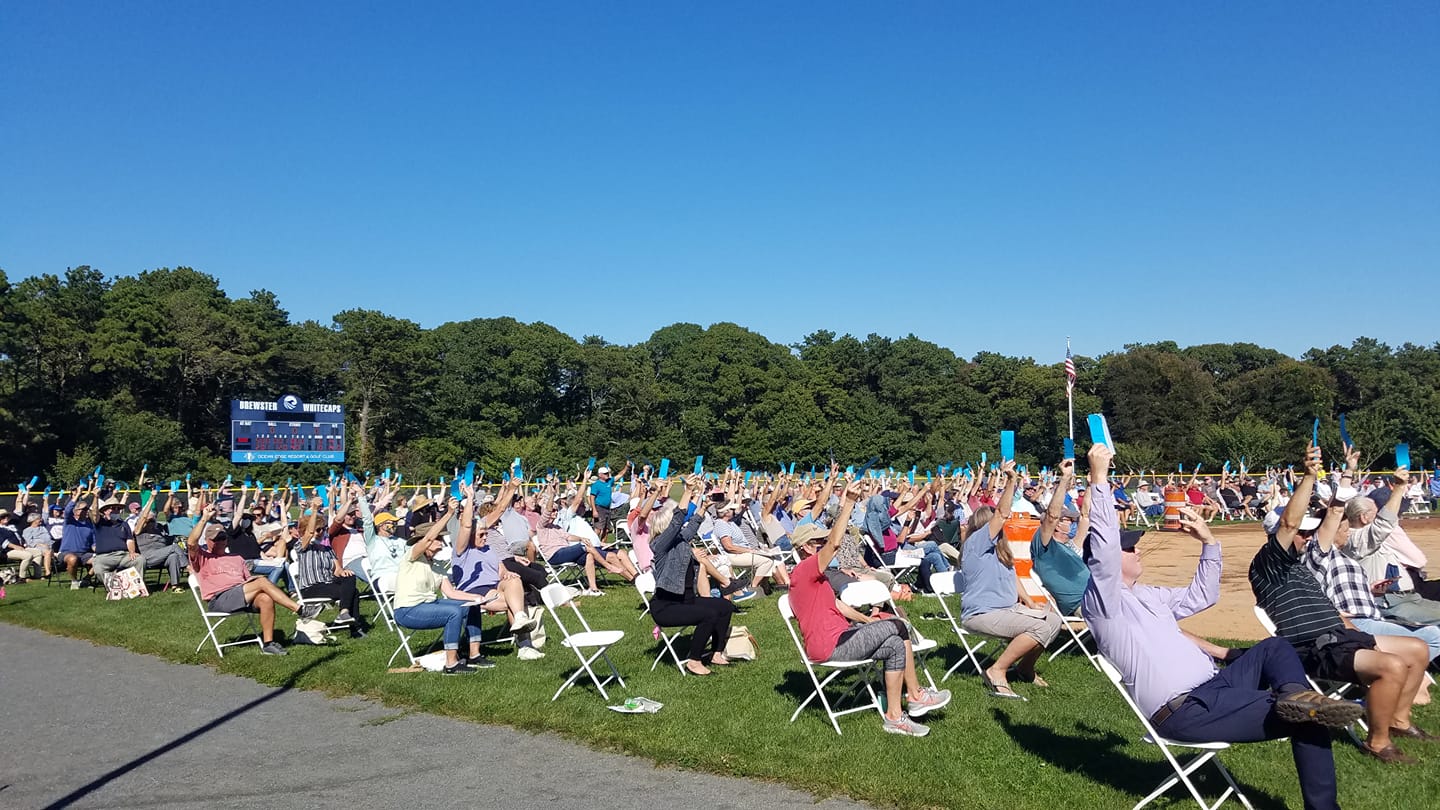 BCT members and the public joined us for the 27th annual meeting of the Brewster Conservation Trust.  The meeting was held on Thursday, August 11, 2011 at 7:00 pm at the Cape Cod Museum of Natural History in Brewster.

We were particularly delighted to have had John Kemp provide us a humorous and educational presentation on colonial history in Brewster and the Plymouth Colony.  John appeared in character as Stephen Hopkins, a Mayflower Pilgrim.  (Mr. Kemp has “played” the role of Hopkins and other Pilgrims at Plimoth Plantation for many years.)  Hopkins has been described as “New England’s first free spirit or America’s first true democrat who struggled against rigid other-worldly Puritanism.”

We also hosted the public premiere of several BCT “shorts,” two-minute videos highlighting some of our recent projects.

BCT presented its Conservationists of the Year Award to Mark H. Robinson and the non-profit The Compact of Cape Cod Conservation Trusts, Inc.   The Compact is currently celebrating its 25th anniversary as the nation’s oldest self-sustaining regional coalition of local land trusts.  BCT was a founding member of The Compact in 1986 and since then BCT has relied heavily on the technical expertise of Mr. Robinson and his staff to guide BCT’s open space projects and non-profit administration.   Mr. Robinson also serves as a consultant to the Town’s Open Space Committee, negotiating many of the Town’s open space purchases and securing State and other grants for those purchases.  Founding president of The Compact  Ansel B. Chaplin of Truro, recalled that BCT’s leaders in 1986 were instrumental in getting The Compact off the ground.