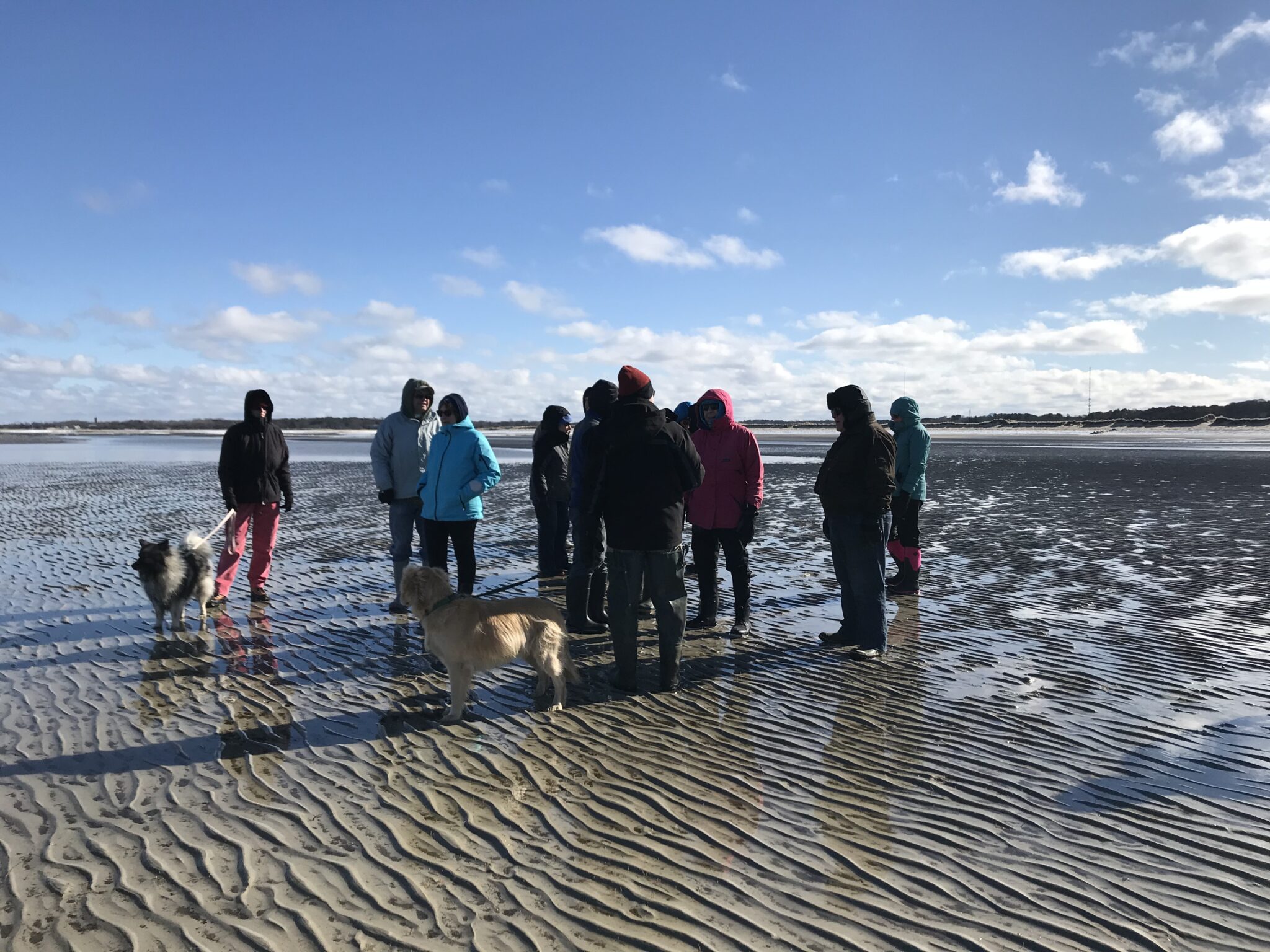 On the coldest and clearest day of the year so far, Mark Robinson led BCT’s first Winter Walk.  And, not only did we learn about the history and ecology of the Brewster Flats – but we clearly saw all the way to Boston (and Ptown, of course!).

Notes from our guide: “The air was so clear and so cold that the atmospheric phenomenon known as “looming” made distant objects seem bigger than they are, including the Sandwich power plant stack, the Great Island bluffs in Wellfleet, and the white spires of Boston 65 miles away. Veteran Brewster beach walkers had never seen Boston before. Old Yankees used to call the outlet streams crossing the flats “guzzles.” (They called the sand ripples, ripples.) Brewster has more marine flats than any other town in Massachusetts (2,352 acres). The flats are a recreational resource as well as economic (shellfish grants). Under the Colonial Ordinances of 1641-47, private landowners are assumed to own out to the extreme low tide line or no more than 100 rods from high tide (1,650 feet). With extreme low water mark in Brewster as much as a mile offshore, this limitation becomes more important! 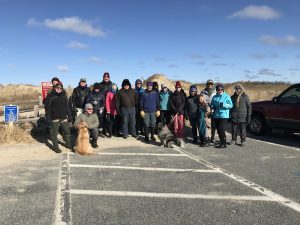 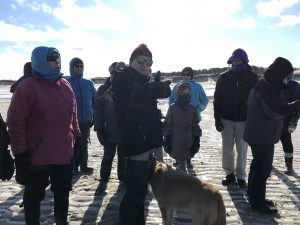 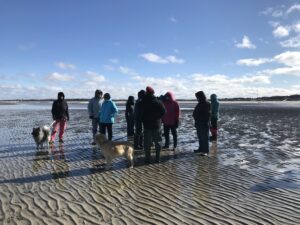 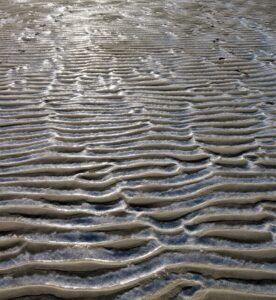 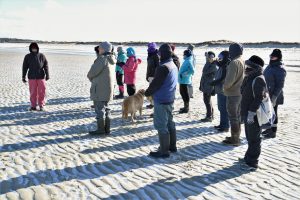 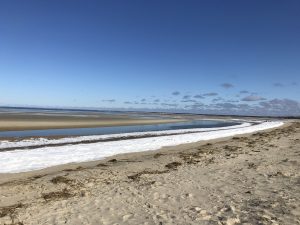 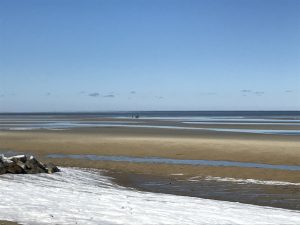