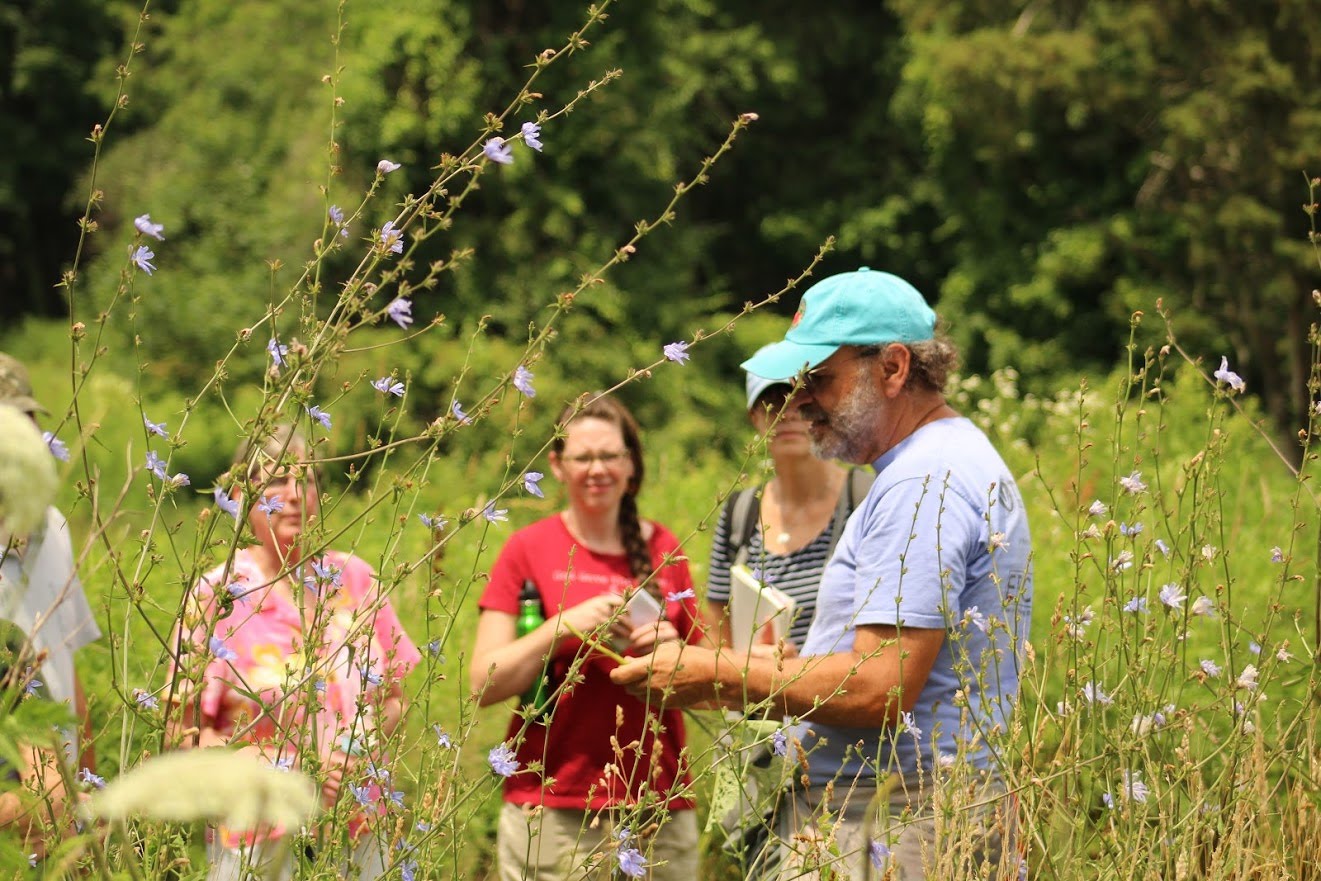 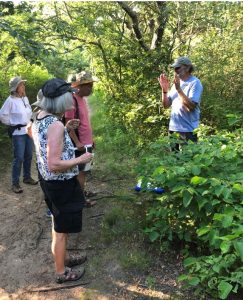 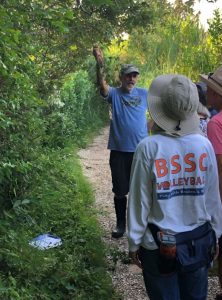 On the night of Wednesday, July 7th, the Brewster Conservation Trust welcomed naturalist Russ Cohen formerly of the Massachusetts Department of Fish and Game, to conduct an edible plant walk at Wing Island behind the Cape Cod Museum of Natural History. The intimate gathering featured several Brewster residents who had the privilege to learn firsthand from Russ about all of the delicious food that can be foraged in the beautiful green spaces of our town.

The event kicked off with a sampling of some of Russ’s delicious homemade black birch tea and autumn olive fruit leather which he prepared using ingredients he gathered himself from the woods of his hometown in Arlington, Massachusetts. While participants enjoyed these tasty offerings, Russ explained how they could make them themselves and spoke on the techniques he uses for gathering and cooking the autumn olive berries and black birch twigs. Russ then spoke to the ecological impacts of harvesting wild vegetation and provided a handout that explained which plants were okay to pick in abundance and which should be picked sparingly due to their rarity and importance as native species.

As the group walked, Russ made frequent stops where he would identify a plant, note the time of year it should be harvested, and then explain how it could be prepared and consumed. Participants were marveled as they learned about all the plants they saw every day, that they never thought once to try and eat. Some of the notable species Russ pointed out included sweet fern, wild lettuce, fox grapes, juneberries, beach plums, daisies, juniper berries, wild hazelnut, black cherries, acorns, Solomon’s seal, cat briar shoots, and staghorn sumac.

In between pointing out edible plants, Russ regaled his audience with stories from his past and explained how he became interested in foraging after taking a class in high school that he later taught himself. Russ described how he would spend time at his local library reading up on the subject, and how on his walks the plants from his research would “call out” to him.

We are thrilled that Russ was able to return to Brewster and give his fantastic talk once more. Cohen’s extensive understanding of edible plants and friendly demeanor captivated his audience, who were completely engaged with listening to him, writing down his knowledge, and asking many questions. We are sincerely grateful and hope that he will be able to return to us again soon.

For more information on Russ please go to his website here.